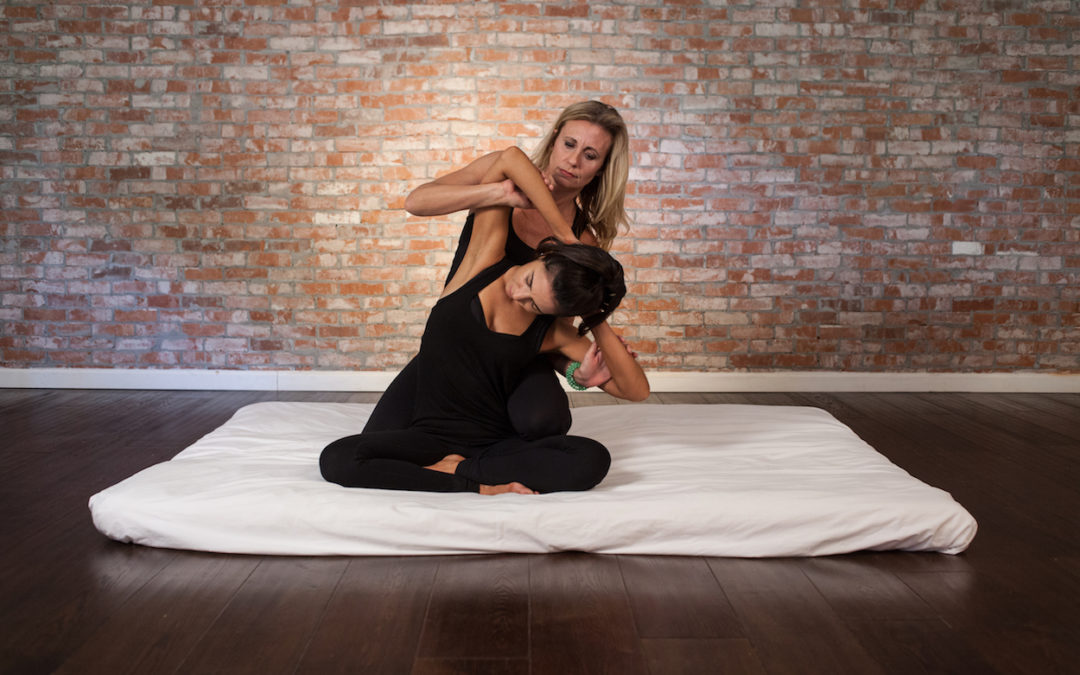 Dating back over 2,500 years ago, thai yoga massage integrates the traditional medicinal practicum of the southeast Asia region with the physical and energetic benefits of yoga. Jivaka Kumarabhacca (Dr. Shivago), a renowned healer in the Buddhist tradition, is credited as the founding father of thai healing. As a skilled physician and surgeon, he was called upon to treat many high profile patients including kings and princes. However, the most distinguished patient in his practice was none other than the Buddha. Heavily influenced by both Ayurvedic and Chinese medicine, thai yoga massage is an ancient healing system that blends acupressure, energy balancing techniques, as well as assisted yoga stretching to maintain equilibrium in the body, peace in the mind, thus creating an overall state of heightened well-being.

Present day Thailand was historically a mecca for trade. Known not only for the exchange of goods and services within the mercantile system, but also for the spread of ideas, knowledge and cultural treasures. As Buddhism made its way to Siam (present day Thailand), so did Dr. Shivago’s teachings on his healing modality. Many of the original texts were destroyed in the 1700s during the Burmese invasion of Thailand. Consequently, much like yogic tradition, thai yoga was taught teacher to student, leaving room for each practitioner to develop his/her own style while honoring the ancient teachings. Traditionally, the thai temple or wat, operated as the center for healthcare for the common people. The most famous for traditional thai Massage is Wat Pho located in Bangkok, Thailand. To this day, it remains a leading center for the research and practice of the art of thai yoga massage. For many, thai healing is viewed as an extension of the Buddhist principle of metta – applied loving kindness and compassion. The connection between the temple grounds and thai healing is not only crystal clear but also parallels the nature of the bodywork itself. Part of the magic of thai yoga massage is in the integration of the physical experience with the energetic experience. Combining acupressure, traction, joint movement, and yoga stretches with the manipulation of the sen (energy) lines in the body, the intent of thai massage is to move stale, stagnant energy and stimulate the natural flow of prana (life force) to promote a complete state of health and radiance.

Traditional thai yoga massage starts with the feet because the feet bear the weight of the body all day long. Some more westernized styles of thai will in fact start with the shoulders due to the fact that so many westerners sit for such long periods throughout the day. When receiving thai healing, be prepared by wearing comfortable loose fitting clothing and to receive the body work on a futon or mat on the ground or on a massage table. The technique includes rhythmic pressing and stretching of the entire body. The thai massage therapist will likely use not only his/her hands but also elbows, forearms, knees and feet to offer the most effective body positioning as well as therapeutic result. It is a truly unique form of healing that is based upon pure intentions of providing each recipient with an experience to awaken the body, calm the mind and heighten each individual’s awareness of the powerful body and mind connection. It is the “buddha’s medicine”.